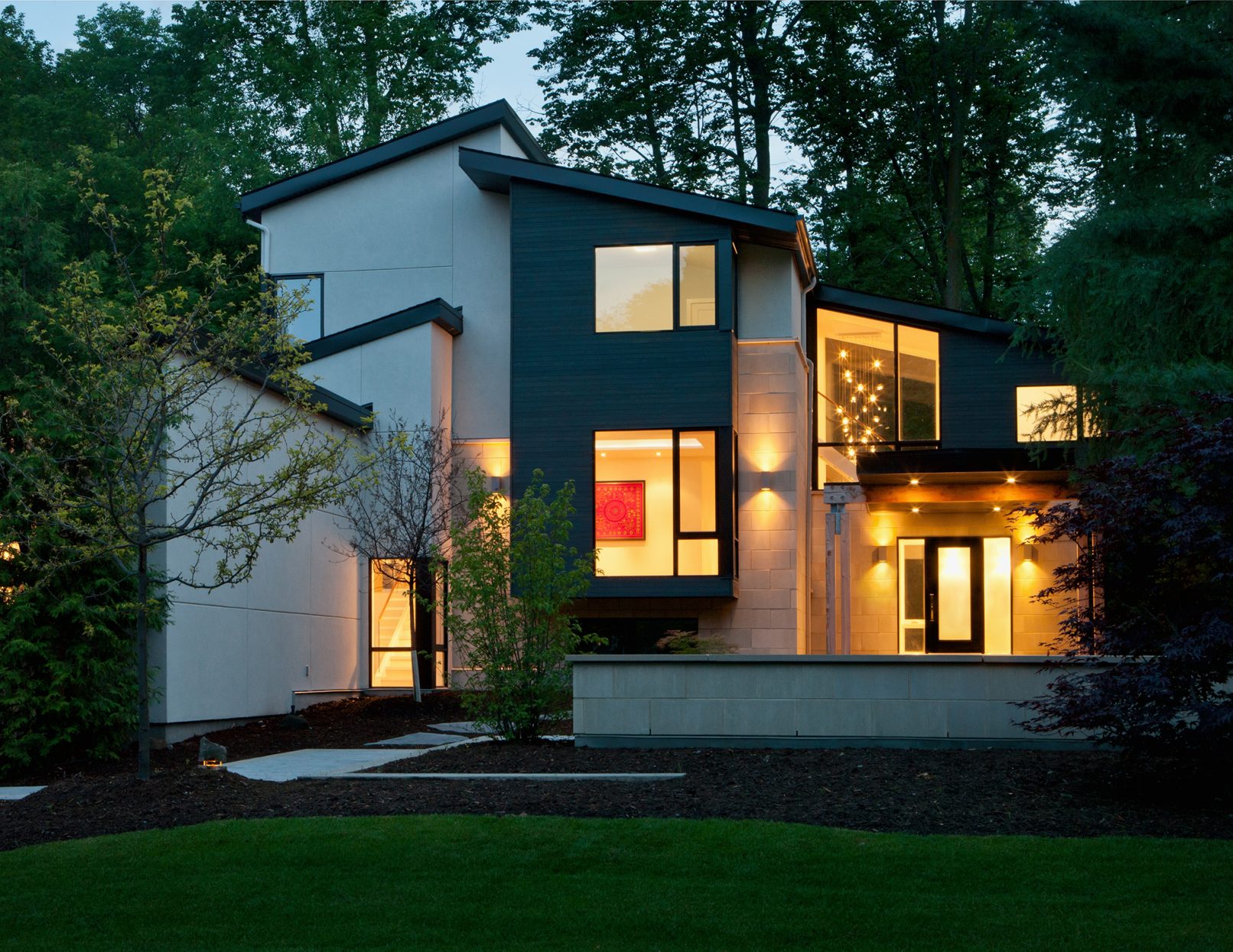 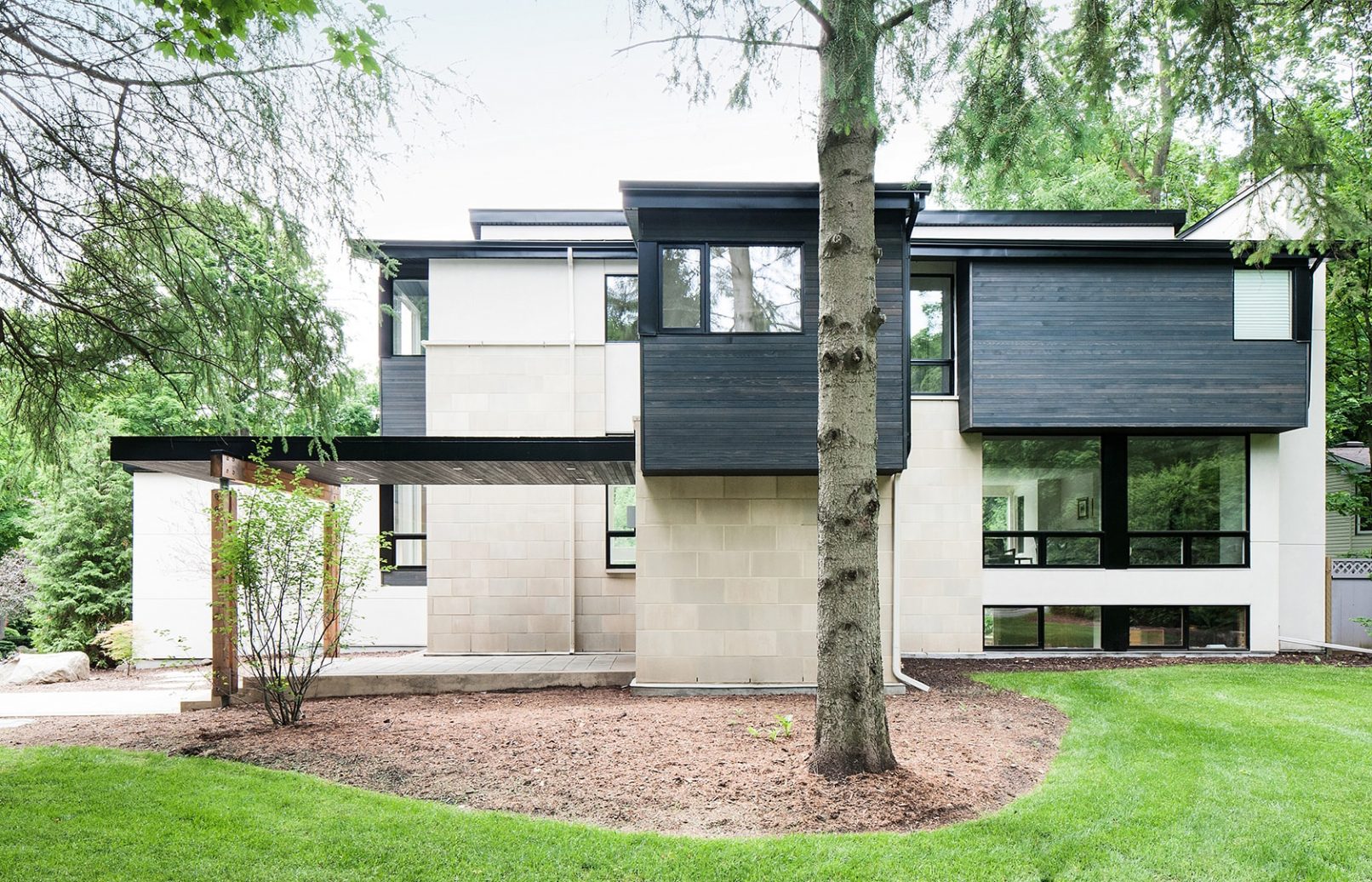 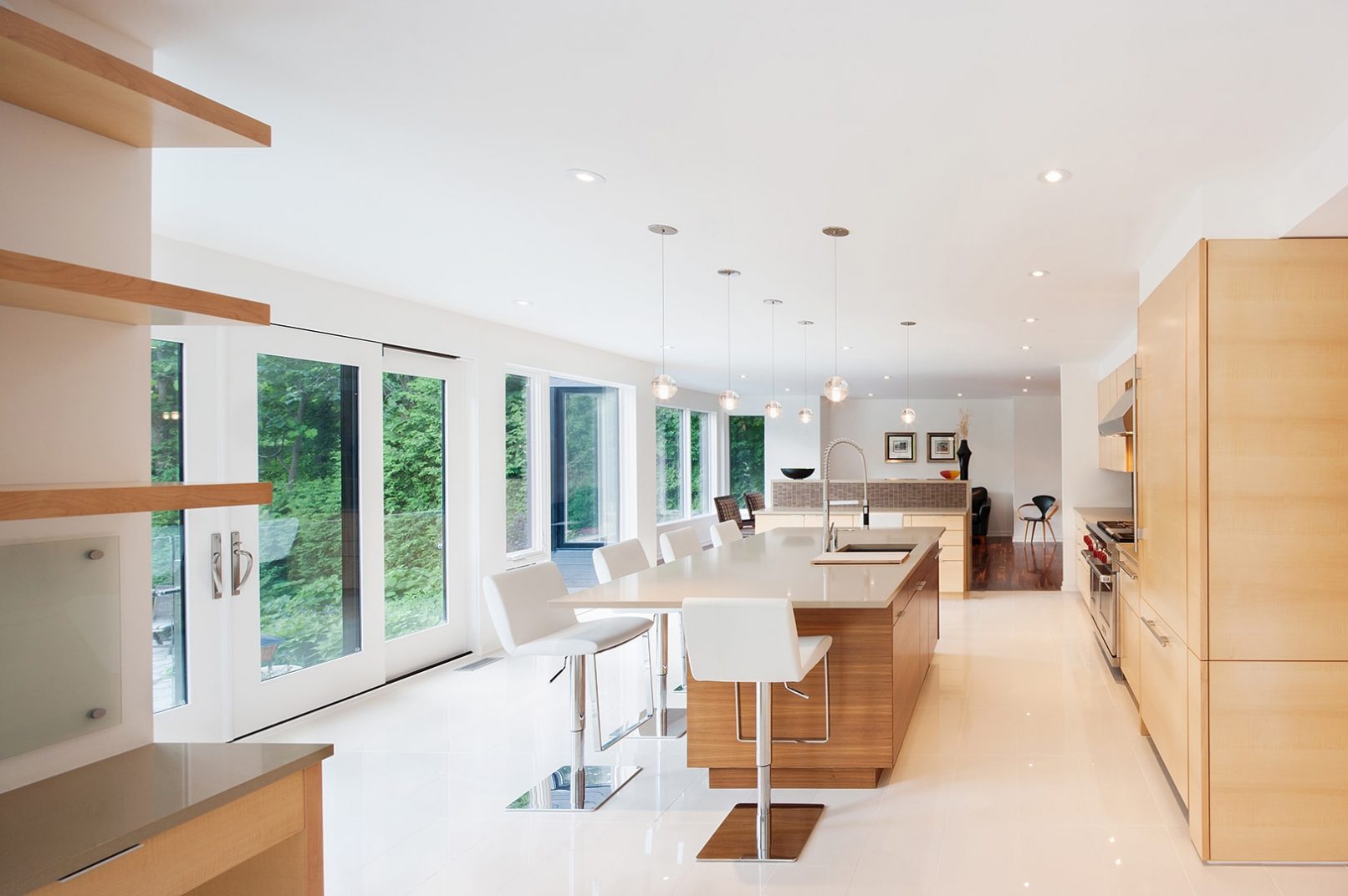 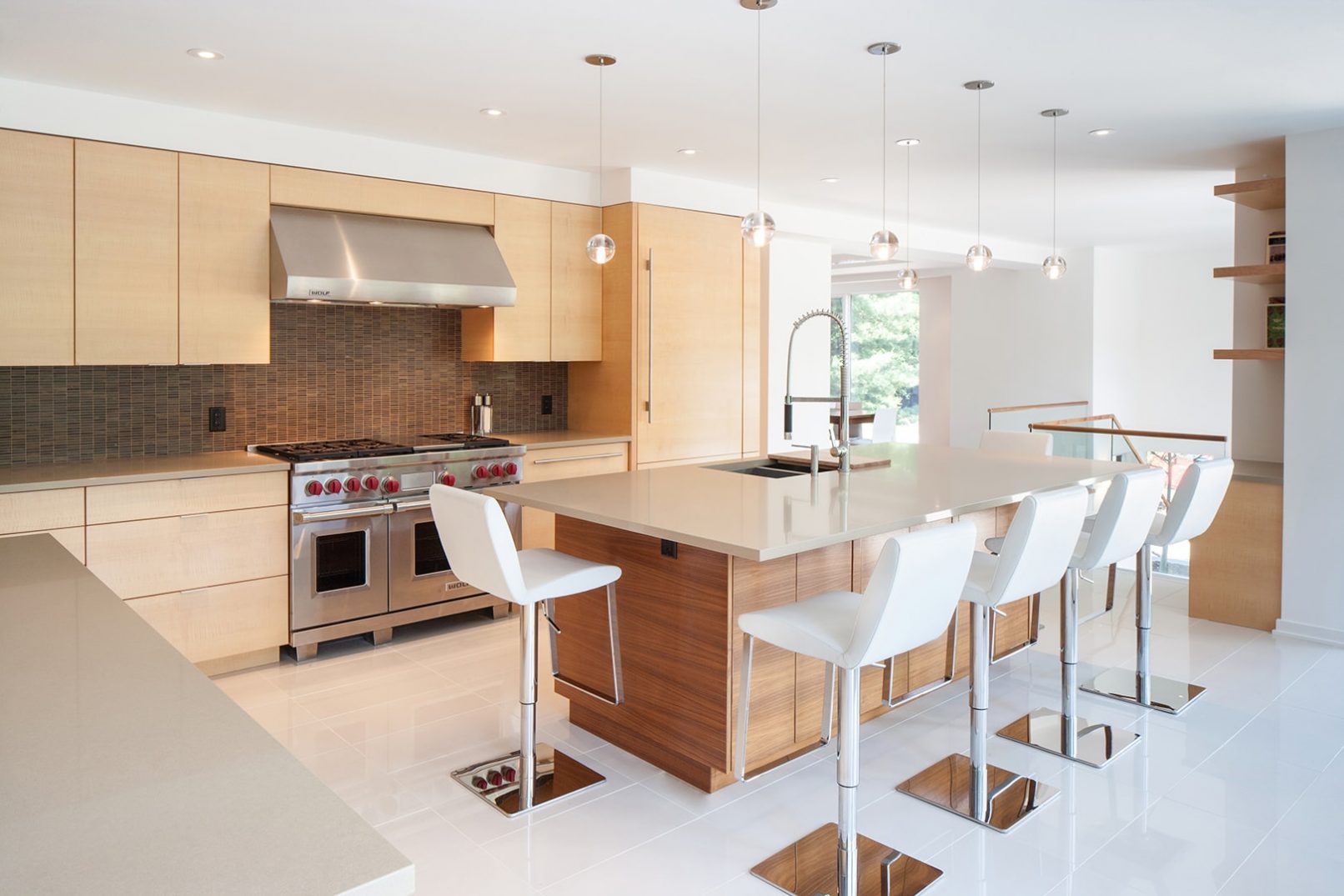 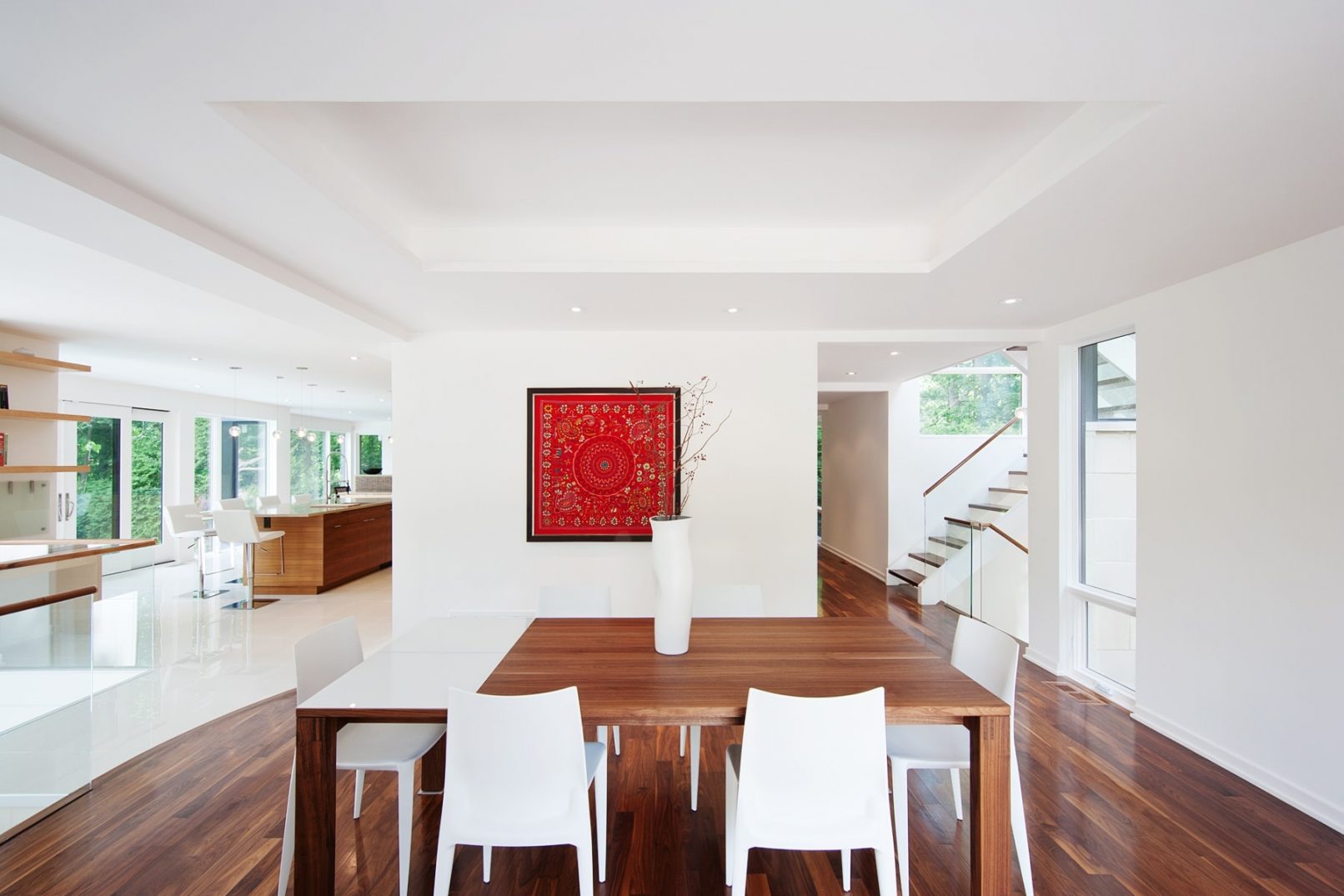 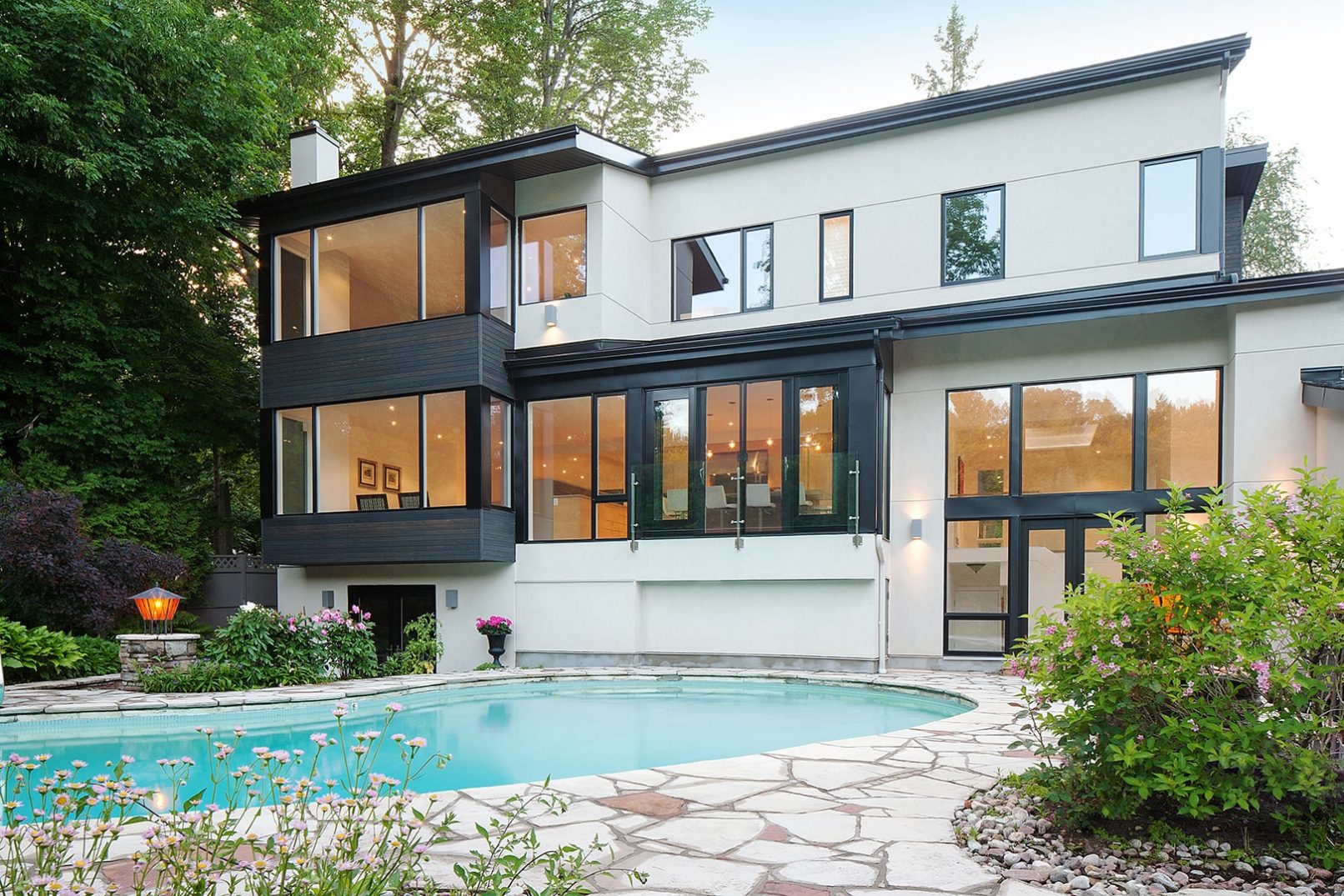 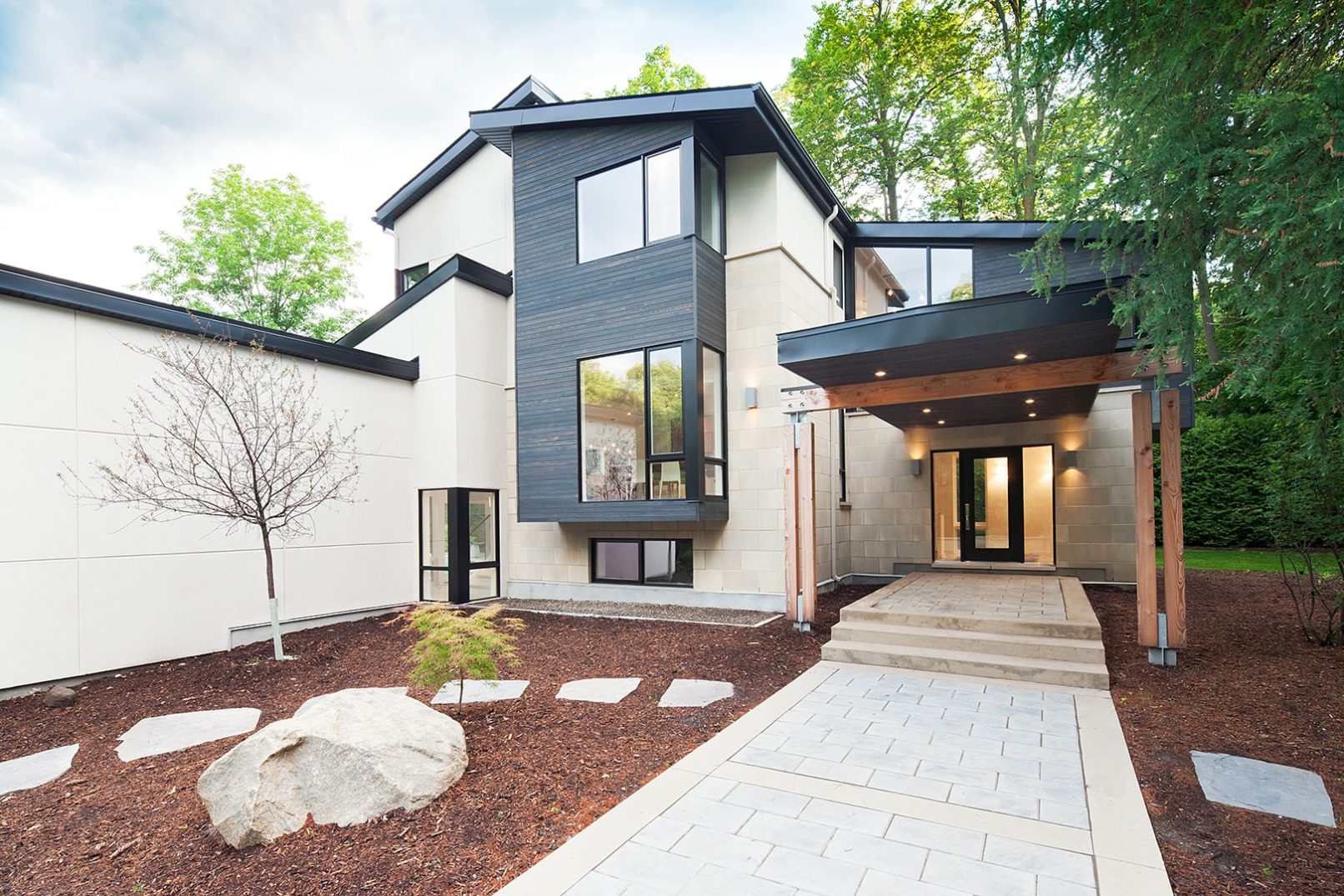 The original 1970s home had been added to and altered so much that it was hard to know what was real (and properly built) and what wasn’t. Neighbours had taken to calling it the “Joan Rivers” house because it had been “nipped and tucked” so many times. In the winter, the cold and drafty spaces were so distracting that you couldn’t appreciate the setting.

This clever renovation extends the house only slightly but ensures that its interior spaces are fun and comfortable spots to enjoy the fabulous panorama of garden, leafy neighbourhood and distant wooded escarpment which meld into one sumptuous feast for the eyes. By removing interior partitions and creating a glass walled stairwell and breakfast room at the back of the house, the interior and exterior feel like one giant room. The new kitchen also has great visual connection with both the family/TV room and the dining room – accommodating both formal and informal entertaining.

The exterior of the house has been reclad with synthetic limestone, stucco and dark stained cedar siding in a way that emphasizes its juxtaposed forms and volumes. Originally the front door was barely seen from the front driveway. Now a low walled courtyard highlights the entry sequence from the driveway to the front door, and an extended canopy with timber columns makes a generous gesture of arrival. 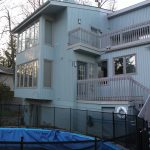 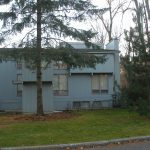 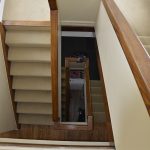